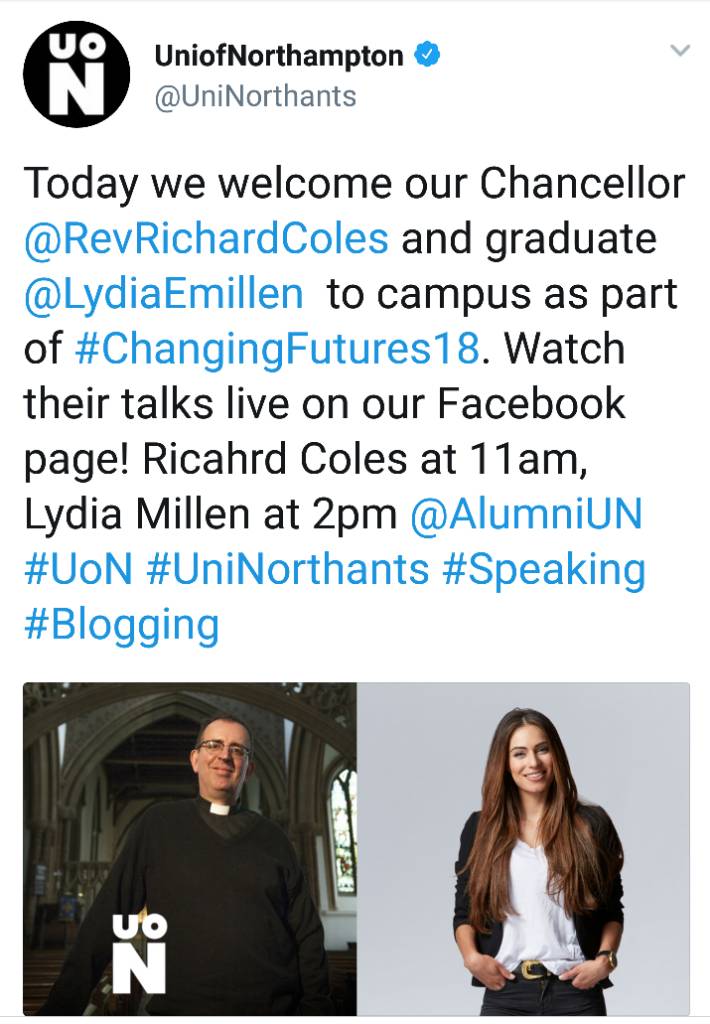 Richard coles is up on their page but lidlia’s isn’t yet!

You'd hope with that tweet coming from a University, a centre of learning, that they would proof read before they hit send.
Top

Hunevoque wrote:Ok maybe she needed money but you don’t have to do that , they are many more decent ways to get a quick dollar , especially when you believe that you come from somewhere. Her father and grandma if they really had been so grandiose surely could have found her a god, respectful job . Only my feelings

I don't think she went to Ibiza because she needed a job.. lots of late teens/early 20's go to work a summer abroad in a 'party' place just for the experience of working somewhere hot and fun for a few months. That type of job is just what people do out there. Its not like people are visiting ibiza to read books and she could have worked in a library!!

I disagree with this (and actually have personal experience working in clubs, but ONLY as a dancer) There aren't really other jobs out there for early 20 somethings that will pay you up to 1 thousand per shift if you are inexperienced and have nothing on your resume.
People say "you don't have to do THAT" as if "THAT" is demeaning or lacking in self respect. Let me tell you something..working as a waitress or in a kitchen somewhere you get treated like crap by managers and staff alike and can't say anything back lest you lose your job (which pay around minimum wage) is showing a major lack of self respect. You must serve and be polite to all customers no matter what. That really grates on your self worth to be in that environment daily and in the end have an income that you can't live on.

I'd also like to point out that any half decent strip club has security who will kick guys out for saying HALF of the stuff my server/retail friends put up with only a daily basis. Dancers don;t have to speak to or deal with anyone they don't want to as they are essentially considered contractors who run their own "business" with a business ie: the club itself...That being said, always expected Lydia did this type of work..I can tell another stripper right away..there is something that I can't always put my finger on but is there none the less, which is a dead giveaway..

PS she clearly was a dancer from the pic of her next to the girl in stripper shoes and in the background you can see the club logo on the wall..you can't see her in stripper shoes cuz the pic is cropped that way but she's in the exact uniform as the girl who actually wears them...
Top

I’m back after a few months away and all I have to say is - how the fuck is she affording that house and all of the renovations?
Top

Sorry but could anyone tell me why the heck are these two so rich and can afford so many high end materialistic stuff (clothes, shoes, furniture) when together they don't have that many subscribers and views? Not having merch or own business, maybe Ali has rich parents and Lydia likes do dig some gold? LIKE HOW?!