I think their new company will be yet another example of them providing the money and getting the name out, and then paying someone else to do the actual work.

They'd probably do better to keep their involvement to a minimum really. What start up would put everything in the hands of Zalfie, who specialise in little more than eating pizza in front of a camera?
Top is he serious with his moving around to different location speech?!

Double post because I can’t edit to add: it turned into a PO Box Haul and a Lush ad. Great, quality content.
Top

am I missing something, or is "A to Z Creatives" just going to be an extension of the Creator Store? lol
Top

God, he is so content with himself. Stop the moving around you knob. It doesn't make what you say any more interesting.
Top His plan for 2018 doesn’t seem to involve taking down the tent...

That tracktop with the necklaces just reminded me of 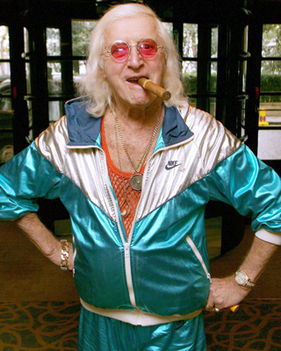 Sometimes he tries so hard to be Casey Neistat that it hurts my brain. The cringe just hits me too hard.

i forgot how annoying his voice is until i started watching today's vlog...

edit: of course there's a timelapse of him playing the piano

-when he took out the poppy pin, that should've been his thumbnail and titled "I proposed, it's sickkkk"
Top

Oh but wait, did you notice the cheeky cuts?! How sicksavage. To keep the speech visually more... entertaining? How artsy.

A savage back flip on the old trampoline interlude.

Then on to the "all the gear, no idea" section:
Blaaah... piano but can't play ("you goize think I should take lessons? leave a comment!")
Blaaah... gym not here, but don't break a sweat anyway (his balls don't sweat, I'm sure you're happy to learn)
Blaaah... new savage camera, plans for savage Instagram (so far just the plans though)

Oh, but what's that?! Going through free shit he got sent to *Zoe's* PO Box (those cheeky bastards!)
And then the great bathroom finale with the obligatory ubiquitous Lush product every YT apparently must plug. In his underwear (ohhhh he's so cheeky!)

Tent's still up. It will never come down.

This used to be a lot more fun If I hear him mention how much he loves Mondays one more time, I swear I will book a plane ticket, find their decaying house and poke a hole in his trampoline!!! Of course you love Mondays, you don't have a REAL JOB.

I'll be keen to see how this new company takes off whether it become what he wants it to be under his teams direction.
Jan 2018 Yoooo guuyysss we've successfully launched atoz creatives were always looking for new start ups and business ventures if you know any one hit me up in the comment section. twitter update "Anyone know any business men with a savage idea around the brighton area who would be available for a meeting today hmu x"
August 2018 Twitter update: "Working on lots of super secret savage projects (insert @of celebrities he claims to know or only interacts with outside of a brief chat at a conference)
Dec 2018 Yoo guuuyyyysss super important but Im not sure i'm supposed to show you guys (insert image of horrible cheap item/clothing... with atoz slapped on
Top He looks like a child predator in the first minutes of the vlog. Hide yo kids, hide yo wife.
Top

Also, he seems to have done away with the whole shoutout and end card stuff at the end with the Andrew Applepie music. Has he been reading here again or just forgotten to add it in during the edit? I think he may be trolling us somewhat with the amount of "sick" and "savage" comments in this vlog.
Last edited by greentrombone101 on Mon Jan 08, 2018 12:43 pm, edited 1 time in total.
Top

I only lasted 3 minutes. How is he excited about merch when less than half of the Christmas stuff sold?

Does he actually believe he is busy? I fail to understand what he achieved in 2017. Was just easy AF vlogs that were mainly going to waitrose and lazing at home.

He's been talking about big projects for over a year, when they do materialise they were nothing big or special. Busy with property investing? I doubt it. what was that intro?
talking from place to place... that was so weird..
*English is not my first language*
Top Him flying through his PO box (and Zoe opening hers) actually made me feel disgusted. They say they care and are grateful, but they don't. They barely glance at something before they chuck it to the side and move on to the next thing.

And they Royal British Legion sending him a special poppy pin?! WTF? They are a charity doing essential work!! Why in the flying fuck are they wasting money and sending things like that a waste of space like Alfie?!?
Top Do you think next xmas he'll pretend to re-release the same Xmas merch and act like it's back due to popular demand but actually it's boxes and boxes and boxes of unsold merch sitting in his office for 12 months with dust on it?

greentrombone101 wrote:Also, he seems to have done away with the whole shoutout and end card stuff at the end with the Andrew Applepie music. Has he been reading here again or just forgotten to add it in during the edit? I think he may be trolling us somewhat with the amount of "sick" and "savage" comments in this vlog.

nixworld68 wrote:And they Royal British Legion sending him a special poppy pin?! WTF? They are a charity doing essential work!! Why in the flying fuck are they wasting money and sending things like that a waste of space like Alfie?!?

Also to my recollection I’ve never seen Alfie wear a poppy nor even mention their significance ONCE in a vlog? And you know he’d film himself handing over his money
Top

Whitesand wrote: Also to my recollection I’ve never seen Alfie wear a poppy nor even mention their significance ONCE in a vlog? And you know he’d film himself handing over his money

Oh, I'm sure that's coming. Didn't he mention charity work on his agenda in his riveting "this year" speech? He said "I will be in involved... and YOU will be involved" Can only speculate what that means.

Maybe his business advisor suggested getting involved with charity for the deductible donations. Who knows. Does seem a bit out of the blue for him.
This used to be a lot more fun

he said literally zero new information but spent half the vlog giving us "updates". I guess he thought if he did enough jump cuts around his "office" we wouldn't notice.... - Why does he looks slightly homeless in that jumper. Hes trynna be cutting edge men's fashion and failing.....hard.

-Bragging already that this year will be best year ever

- OMG he legit looks homeless with that mug. I'm screenshotig. Its too funny.
What's he collecting in that mug. Creative ideas?? Lol

-So he wants to make different content. So those podcasts are coming. So hes definitely daily vlogging less.

-So he's got an editor for his gaming channel

-New company: new office space. Some BS. This A Z company will fail. Hes excited about the aesthetics only.

-Love the fact his year was all about him. Zoe who??? Lol

- The piano looks so out of place in their house

-Already making excuses on why he's not learning the piano

-" Should I get lessons" --- yes!! People who don't do it due to money. Use all that money you scam for something useful.

- Why does he say "et the dinner" its ATE....FFS. Hes English and can't talk the language. And this is what kids look up to?

-Him and Zoe just chuck PO BOX items like its nothing

-Homeless Deyes: for $1 you can help this YouTube stay in his yeezys and do his savage backflips. 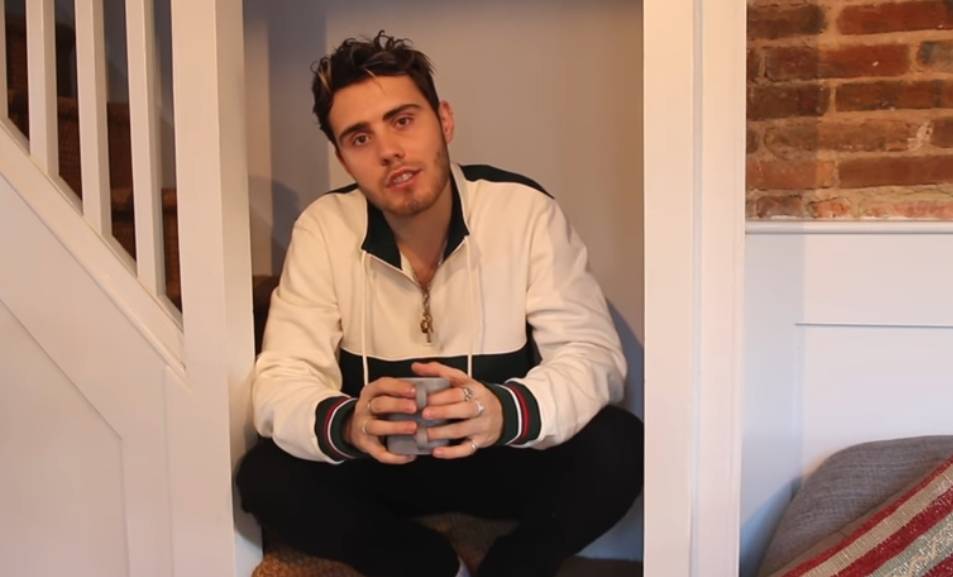