Hating Where You Live? Re: Hating Where You Live?

I live in a quite 'chavvy' place in England, so you can always expect to be shouted at! It's not bad though. 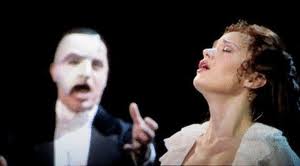 Let you soul take you where you long to be
- Erik, The Phantom of the Opera
Top Re: Hating Where You Live?

I said i rather sleep, but i keep doing this thing. So inconsistent.

I love my country. But, there are some weird things/ facts that may only exist in my country

1. my country is an archipelagic country with thousands of small islands and 5 big islands. But, most foreigner only know 1 small island in my country. the island is famous, because there's a lot of celebrity who married there. Many foreigners might said they never go to my country but when i asked, did you ever go to 'the island', mostly they say 'yes'. Lol

2. in my country you have to declare your religion in almost all officials documents, such as id cards, family cards, and school administration, office administration etc. something happened in the past that made communism strictly prohibited. unfortunately the government mixes communist and atheist even though those 2 things are different, so people who don't have religion will be considered communist. And the government only recognizes 6 official religions, apart from that will be written as others. Weird right?

3. tumblr recently was blocked. And reddit were blocked since long time ago. I think there's a problem with their filter system or something, i'm not sure.

4. we learn english but mostly only passive english like reading and writing from teacher whose not native speaker. so we studied english for years at school but while interacting with native speakers, mostly we couldn't understand their words let alone reply. We learn a lot of english grammar for our writing skill but the knowledge pretty much gone after exam because we never use it. (I think my english listening skill was began to improved when i started watching youtube)

5. Our language is easy to learn but we have too many prefixes and suffixes. My language don't have a lot of rules, we don't use tenses, we don't have various 'to be' (is, are, was, were, etc), we don't have personal pronouns based on gender like she, he, his, her, him, we only use 1 word for those five words. Most words in our language are general words. for example, we do not have 2 separate words for boyfriend and girlfriend, we just use 1 word to describe the couple's relationship before marriage. So, use google translation for english translating would be very tricky and needs a lot of edit.