Yep. Poor research on their part.
They could have done Anna Akana (Anna v. Anna) or even Sawyer Hartman .. I don't really follow the film youtubers but I know there's a good chunk of semi-well known ones who also take film seriously and are less vulgar.

PS: anyone have a stream link for Hollidaysburg? Really easy to find Not Cool but can't find one for Holl..
Top

Yes the drama. They have tweeted so much more but it's too much to screenshot and post here.

Victor (Annas husband) has been retweeting tweets from Shane's fans that say something along the lines of, "UGH I want to vote for Shane's movie but I don't want to spend money on Hollidaysburg." But in a tweet that I posted on here he retweeted someone saying "I really don't want to have to watch Not Cool in order to vote for Hollidaysburg." and then responded to it saying "My friends feel the same way".

Neal, a producer and friend of Anna even wrote that article saying how terrible Not Cool is. He tweeted that him and the other producers (Zachary Quinto and some other guy) never said they would be neutral and are like Simon, Paula and Randy from American Idol.

I get they can have their opinions but it all just seems so immature that they are bashing on Shane because he has a large fan base and they think his movie sucks. Like to write articles about how the other movie sucks BEFORE voting ended and how Shane only has 10 year old fans. 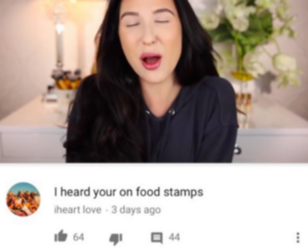 Seriously. I don't find Shane's material funny and I would most likely hate his movie but I want him to win solely based on the fact that he is handling all of this so well and the Hollidaysburg folks are being complete idiotic babies. I don't know whether to group Anna in with all of them or not but they sure do make her look bad.
Top

^ Agreed. I would probably like Hollidaysburg better than Not Cool but I do hope he wins now. Just based on the fact that THEY picked him for this show and are upset that he has a larger fan base than Anna so they think it's unfair.

I can't find the tweet but either Neal, Victor or Phil retweeted this-

and although I thought it was funny I do think it is so unprofessional and so harsh to Shane. It's like they are taking it personal because they know their movie will probably end up losing to his.

Damn. At first I felt bad for the other team because I was pretty sure Shane would win due to his pre-established fanbase, and I thought it was an unfair advantage.But he was at least tweeting stuff like "make sure you watch both movies so you can vote fairly!"
But after seeing this, I hope he wins.
They should've done their research before asking him to be on the show.
And the people behind "Hollidaysburg" seem like a bunch of pricks.

I feel like the people who picked him saw all the brutal reviews and then was like "Oh shit, they didn't like it. They thought it was offensive. We should bash Shane too so they don't start coming after us"

I love what Drew wrote. I think he's been calling people out on their bullshit since birth.

Also Shane has been nothing but nice to the other girl and whatever. Asking people to vote for the movie they liked the best, not just his movie because they are his fans. And what her husband wrote was awful, and ending it with "Yes my wife made me write this apology" is like saying "Ugh, I really don't want to but I'm not getting laid otherwise so here I am..."
Top

Oh my god. He does not know when to stop. He just retweeted this.

Meanwhile this is Shane's last tweet. I'm really surprised/proud that he is taking the high road.

^ It makes them look even more like a bag of dicks
Also, they seem really ungrateful. Instead of being happy that they were given the opportunity to make a film and be on a TV show, they spend their time bitching on twitter about how the stakes are uneven.

Honestly I wouldn't have even heard of this show if it weren't for Shane. I'm sure same goes for A LOT of the viewers. And with how well Not Cool sold on iTunes, the show has had to make money off of that right?

I watched the first few episodes of The Chair, and I got the vibe that Anna could never get her shit together. She came across whiny, annoying and unorganized. Her husband came across as a dick. Shane was definitely snippy at times, but he knew what he wanted and had his shit together. I don't know if that feeling continued, because I haven had time to watch the rest of the season. To be doing what they're doing on social media is unprofessional and childish. Anna had a relationship with Quinto through her existing company, which I found a little odd. Why pick a friend? Quinto and co. had hundreds of videos to judge Shane by and if they didn't do their jobs properly, they need to sit down and shut the fuck up. I didn't love Not Cool, but I hope Shane obliterates them in voting. Who knew there'd be a day when I found Shane classier than someone.
Top

Just saw him on an ad that Taco Bell promoted on Twitter... YouTubers are everywhere now

Is it true that Zachary Quinto took his name off of Not Cool? I saw that Victor favorited a tweet that said that. I haven't seen Not Cool but is it really that bad/offensive that he would take his name off the movie?

You know you are bad when even Zachary Quinto, who is a douche, thinks you are a dick.

kabukixo wrote:Just saw him on an ad that Taco Bell promoted on Twitter... YouTubers are everywhere now

I can't lie, the commercial made me laugh.
"Add some guacamole, why not it's Saturday."

How awkward Will am thinking Shane was a gay man
Top

Shane's probably used to it.

I liked the collab. The chemistry wasn't as strong as I'd anticipated (I assumed they'd hit it off instantly), but I feel like if Shane hangs out with Willam more often, like he does with Trisha, they'll make a hilarious duo.
Top

Did anyone listen to the podcast with Gigi? I thought it was the best/funniest one yet. I hope that girl that was the guest co-host will stay and be the permanent co host.

sandyfrink wrote:Did anyone listen to the podcast with Gigi? I thought it was the best/funniest one yet. I hope that girl that was the guest co-host will stay and be the permanent co host.

I wasn't a super huge fan of the cohost but I loved him and gigi together!
Top

^ I did too! Or if Gigi were the co host! Yesssss!