^ I live in Sacramento and I have absolutely no idea. It's funny that I've never seen her before (not that Sac is a small town, but still it's weird to know these "famous" people are living in the same area as me). I did see Smosh once though. They were cool.
Top

LOL you never see Marlena, cause she's too busy posing in front of the mirror trying to hide her fat thighs.
Top 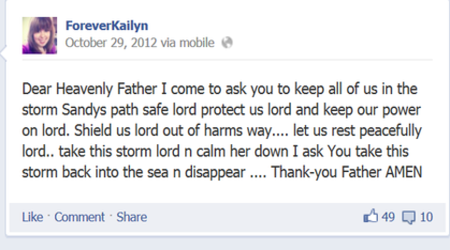 I have no idea why she kept going on about how she didn't want me to think she's vain... I think the complete opposite. She is terribly insecure. It's really sad actually.
Top

like i said, i knew she'd be coming out with another "explanation" video sooner or later. they just make me feel sad watching them because i feel like she is trying to justify all these things to herself, not her subscribers.
Top I was happy she did this video, as I previously commented I would respect her alot more if she just owned the fact she got work done which she has done. I have to agree she has a point when she said if she is discloses what she has had done people call her vain and if she doesnt people will say she is being sneaky etc. Sometimes honesty is the best policy and i think in future she should just be honest if she tries something, the camera doesnt lie and its not like she can hide any work done
Top

It's sad she entered in this Botox spiral. She won't ever come out of it and am afraid in the future she'll even get more serious procedures. I might be wrong as I don't know her personally but I consider her rather vain. I reckon that the weightloss journey was pushed on by her own vanity, more than health reasons but I commend her for that - she has achieved something really impressive in shedding all that weight.
Top

It's Lip injections (which are fillers), not Botox (though she said she used to get it done a while ago) - that's quite diff - Botox paralyzes the muscles, fillers just fill the area (hence some people with balloon like lips if they go too large).. I'm surprised she came out about it & her under eye fillers.. I don't really lame her for the undereye bit.. but the lips were super noticable.. At least its not as bad as other gurus and their nosejobs.. Oh well - I guess its their deal..
Top

It's sad that she thinks she needs that, but that's what one gets when one is called pretty but fat al the time. She wants/wanted to keep the "pretty" while removing the "fat". Those face adjustments don't go well with that post she wrote on her site, "My Life Mission: Making Women Feel Beautiful", where she tells us she wants to "uplift women". I wonder how long it will take until that uplift becomes facelift. People like her should print all the articles from beauty redefined site and retreat deep in the mountains to study them, away from mass media stimuli.
Top


So you guys were right. I HONESTLY didn't notice a change in her face. I would have been totally fooled.


I'm not saying I dislike Marlena now... but... I really didn't believe it.


Maybe she actually did get the lapband... the stomach problems would make sense at that point.


It sucks that she wasn't honest about it all along, just because beauty/etc. is her job... why not share that??


In the video she says she looked sickly and tired in the eyes because of her weightloss, etc... I never ever noticed that. I think these women getting these procedures are totally gonna regret it, especially the ones younger than Marlena. There's nothing wrong with them... they're making problems where there are none.


Regardless... I hope Marlena gets well soon. I don't wish illness on anyone. I hate it when people are sick and don't know why... it's sad.
Top

Buttonspally wrote:I was happy she did this video, as I previously commented I would respect her alot more if she just owned the fact she got work done which she has done. I have to agree she has a point when she said if she is discloses what she has had done people call her vain and if she doesnt people will say she is being sneaky etc. Sometimes honesty is the best policy and i think in future she should just be honest if she tries something, the camera doesnt lie and its not like she can hide any work done

I haven't watched the video yet, but I don't know how she thinks she is going to get around being called vain. Isn't that why people get Botox? Because they don't like how they look, therefore it is a vain thing to do. I mean that's OK, she can be as vain as she wants, just be honest about.
Just because I don't care doesn't mean I don't understand.
Top

Fuchsiarama wrote: I haven't watched the video yet, but I don't know how she thinks she is going to get around being called vain. Isn't that why people get Botox? Because they don't like how they look, therefore it is a vain thing to do. I mean that's OK, she can be as vain as she wants, just be honest about.

THANK YOU.
'everyone forgets their own name because someone else’s name becomes nicer to fall from their lips than their own'
Top

Haven't watched the vid yet, but WOW surprised she came out about it. You know she only did it for sympathy though, if she's saying that the weightloss made her look tired so she got botox and fillers? What now we're supposed to feeel sorry for her because she lost weight? This woman is a hot mess. Look at how many lies she told denying everything. I really believe her weightloss was lapband and she lied about that too, she denied that every chance she got.

She only came out about this because she got caught in her lies. That's the irritating part, she would've never been honest in the first place. I think the most laughable thing about her is this preaching of how every woman should feel beautiful, don't fall in to stereotypes, all this garbage that she spouts while she's been doing nothing the opposite. She should seriously consider another line of work, she's a complete laughingstock now.
Top

I watched it to be honest, that lady is sadly deluded. She mentioned that she is kind to her followers, etc. and her instagram shit belies this sentiment. I knew I saw insertion points in her lips in one of her videos. She is still a liar in my eyes. Considering if I did that in my job i'd get sacked, I hope this is the start of her turning over a more honest leaf. Regardless, I still maintain that she should go behind the scenes and get some twenty something MUA to promote her brand. One that is hired for skill, not for putting her whole life out for dissection.

Good for her for getting lap band surgery, but I think that's a bad excuse for fillers! Yikes. I don't get how people can put foreign substances in their body like that!

She is kind to her followers that's why she called me a bitch on instagram when I called her out on her lip injections.
And also, the person that did her lips must have been really bad because the liquid that goes in isn't supposed to just move to spots where it wasn't injected O.o
'everyone forgets their own name because someone else’s name becomes nicer to fall from their lips than their own'
Top

I believe what Marlena may have is something called pernicious anemia due to her symptoms and the fact the condition is associated with people that have had gastric bypass. I think it fits her pretty well symptoms wise.

I miss the old Marlena.
Top

after watching the video wow her insecurity is horrendus and unbearable to watch. The way she's defending plastic surgery saying that she's trying to age well and she needs this for preventative measures? And having no thought to injecting things in her body because she wants to try new things. She should really consider getting some counceling that is not healthy thinking. I don't think it's her stomach health that's the issue it's her head.

What's irresponsible of her is that her youtube viewers are young women, some pre-teens and she's basically reccomending plastic surgery to them and saying they need to be what's considered "flawless" in the beauty industry in order to be worthy. These procedures aren't always safe and can turn out bad like her lip injections did. If she didn't want people to talk then keep her business to herself. If she can't handle the criticism or even make time to film a video why not get someone else to take over your tutorials. Another "staff" member? She really has gone psycho with her vanity and self-obsession.
Top

I noticed how she rationalized every procedure. She can't just say she wanted fuller lips and or smoother skin and that be reason enough? She tries to hard to please everyone.
Just because I don't care doesn't mean I don't understand.
Top One of the most insecure women on youtube sadly, her appearance has changed soo much since she began her videos. And while I haven't had any plastic surgery myself, I know it has physicial and psychological changes in you, Marlena definitely has both, there are definite insecurities there, and it's obvious the insecurities she had before her surgery are still there sadly.
Top

Omg she's freaking out about 33 or mid 30s? Wait till 43, 53!!
I think she's way too hard on herself to look perfect in videos, but honestly no one expects that..so what, she has eye wrinkles. Put on your big girl panties and deal with it! All this obsession with her flaws and correcting every flaw is not healthy. She should be happy that she lost all that weight and is a pretty woman! Shes cute! She has a man! Who cares about flaws?!
BANNED FOR TROLLING
Top

Notice how she didn't say anything about her nose job? She was curious? lol seriously? She must think we're stupid. This woman is vain. Botox, eye fillers, and lip injections? And that's just her face. How much curious could she be? That's why her hair is fake, her nails are fake, and even her tan is fake. She makes it worse by saying she's not vain. She owned up to her procedures and then kept saying she's not vain. Cheese and Rice!
Top

aww i actually really liked that cat eye tutorial. eldridge did a similar one 2 yrs ago
[youtube][/youtube]
and here's another similar look from the mac cosmetics book Those images look very cute and definitely something i would try but compared to Marlenas one her version just made the models eyes look droopy as heck.
Top
Locked
976 posts